casey28 at AP2HYC TV Awards Biggest Damn Male Hero
I love that they've included both brothers, and I agree, they're a "package deal". :D 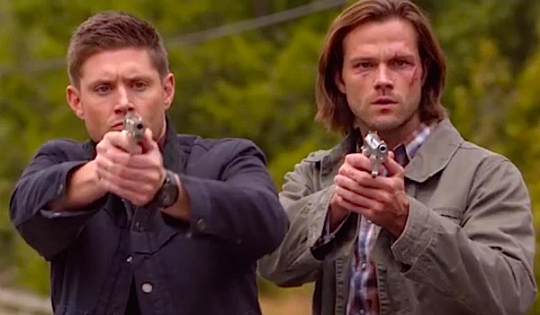 “How could we pick just one of the Winchesters for biggest male hero? The brothers are a package deal and it’s about time we acknowledge the hard work these two, seemingly ordinary, guys put in to prevent the world from going under. Without any supernatural powers (other than those occasionally afflicted on them) Sam & Dean roam around the country saving people and hunting things… and more times than not they actually seek out danger rather than wait for it to come knocking.”